According to contribution caps established by city council in 2016, PACs may donate up to $3,000 to council candidates, but are thereafter precluded from participating in campaign activities “in coordination, cooperation or consultation with” a given campaign.

In the current city council races, the Council Leadership Fund has donated the $3,000 maximum to seven city council incumbents: Kevin Bishop in Ward 2, Delores Gray in Ward 5, Blaine Griffin in Ward 6, Kevin Conwell in Ward 9, Brian Mooney in Ward 11, Anthony Brancatelli in Ward 12, and Jasmin Santana in Ward 14. In every race except Ward 6, where Blaine Griffin is running unopposed, the Council Leadership Fund has made additional expenditures, well in excess of the cap, to support the incumbent.

“Printing and sending these three mailers undoubtedly cost thousands and thousands of dollars,” Maurer wrote in a social media thread about her complaint. “And because the PAC was sending these out, I don’t think the incumbent sent a single piece of mail that he paid for himself — one of the largest expenses in a campaign.”

According to the Council Leadership Fund’s most recent campaign finance report, filed on Sept. 23, Maurer’s allegations appear to be correct. On July 9, the PAC wrote Brancatelli a $3,000 check. Two days prior, it paid $1,643.93 to the Louisville, Kentucy-based My Campaign Store for Brancatelli signs. On Aug. 24, it made three payments to Qwestcom Graphics for palm cards and mailings ($3,005.22), daily chasers ($1,998.00) and vote by mail packets ($1,500.00), on behalf of Brancatelli’s campaign. All told, the Council Leadership Fund spent $8,147.15 more than the maximum allowed to support Brancatelli in his race against Maurer.

Both Kelley and Brancatelli denied that this was improper when Scene inquired about the expenditures last month. Kelley’s campaign spokesperson said that PACs were allowed to make both direct contributions and “independent expenditures” to support campaigns. Brancatelli said that he neither controlled nor approved spending by the Council Leadership Fund.

But Maurer’s argument to the Ohio Election Commission was that these “independent expenditures” were hardly independent.

“These mailers use the incumbent’s official logo, phone number, and e-mail. They are written by the incumbent—they say “me” and “my.” One even has a letter encouraging people to vote signed by the incumbent,” Maurer wrote. Her campaign treasurer, Nora Kelley, told Scene that it looked to them like a case of “textbook coordination.”

According to the Council Leadership Fund’s campaign finance filing, versions of the situation in Ward 12 were duplicated in five other Cleveland wards. The fund donated the maximum $3,000 and then made additional contributions in the form of signs, mailers and other campaign literature. In its filing, the Council Leadership Fund referred to these excess contributions as “independent expenditures.”

In Kevin Bishop’s Ward 2 and Delores Gray’s Ward 5, the Council Leadership Fund contributed $5,833.30 in excess of the $3,000 maximum. For both candidates, the fund made two purchases for signs and mailers to the Cincinnati-based Patriot Signage in July and August.

In Kevin Conwell’s Ward 9, where Conwell is running unopposed, the Council Leadership Fund gave $3,610.22 more than the $3,000 max when it purchased “poly bags” — yard signs — from Patriot Signage in July.

In Brian Mooney’s Ward 11, the Council Leadership Fund contributed $3,746.66 more than the $3,000 max in the form of two purchases of signs and printed material from Fulton Sign & Decal and Qwestcom Graphics, respectively.

And in Jasmin Santana’s Ward 14, the Council Leadership Fund contributed $4,384.80 more than the $3,000 maximum in a single purchase of signs from Madison Graphics. Richard Starr is running against Delores Gray in Ward 5 (Central). Gray was appointed by the outgoing Phyllis Cleveland earlier this year and is already the beneficiary of dollars designed to preserve incumbents’ power. Starr told Scene that he fully expected the Council Leadership Fund to be involved in his council race—they did the same thing to keep Phyllis Cleveland in office, he said—but he was unaware of the magnitude of the Kelley-directed contributions.

“This is a big deal,” he said. “In these races, raising north of 10 or 15 thousand dollars is enough to compete, so we’re talking at least half the battle. Signs and mailers are some of the most important, expensive items in a campaign. It’s not shocking necessarily, because it’s just old-school politics—you scratch my back, I’ll scratch yours—but I’ve got to be out here fundraising dollar for dollar, conversation by conversation.”

Starr said that he has had individuals donate the maximum $1,500 to his campaign who wanted to give more, but were limited by campaign finance caps. In council races, while PACs may donate up to $3,000, individuals may only contribute $1,500.

“We have to play by the rules,” Starr said. “But you have to remember, when you’re an elected official, the rules don’t apply to you. They’re gonna do what they’re gonna do.”

Starr said that as he’s knocked on doors in Ward 5, he has gotten the sense that people are fed up with exactly this sort of flouting of the rules by local leadership.

“They’re ready for a new day,” he said, of Cleveland voters. “They know that if leaders were following the rules, we probably wouldn’t be the poorest big city in America.”

Kevin Kelley will face Justin Bibb in the Cleveland mayoral runoff election on Nov. 2. In the race, he has been endorsed by six sitting council members: Blaine Griffin, Kevin Conwell, Kevin Bishop, Delores Gray, Brian Mooney and Basheer Jones. Barring Jones, who is unable to seek re-election in Ward 7 after running for mayor, all have received maximum contributions and additional “independent expenditures” from the Council Leadership Fund.

That’s not surprising, given the the fund’s stated purpose. When Scene reported on the Council Leadership Fund in 2017, Kelley was not shy about how he allocated the PAC’s substantial reserves.

“The fund supports those council people who support council leadership’s agenda,” he said.

Supporting “council leadership’s agenda” just means supporting Kevin Kelley. And right now, that means supporting his candidacy for mayor. But Kelley’s spokesperson denied that there was any connection between the Council Leadership Fund dollars and the endorsements.

“Any council member who endorsed Kevin Kelley for mayor did so because they believe he is the best person for the job,” she wrote. “They know his work ethic, what he’s been able to accomplish on behalf of Cleveland’s residents and believe he’s ready to lead on day one.”

Councilman Kevin Conwell, who received the max contribution and additional signs, agreed. He said that this is the first election in which he’s received a check from the Council Leadership Fund and said that it was not to buy his support in the mayor’s race but because Blaine Griffin and Phyllis Cleveland had advocated on his behalf.

“If they’re gonna give it to me, I’ll take it,” Conwell said. “You never know when you might need it.”

Conwell is running unopposed, but said having the cash on hand can’t hurt and that he’s likely to give it to council colleagues if they request support. He said in the past, while he’d asked for money from Kelley’s PAC, his popularity in the ward meant that he didn’t need funding as urgently as colleagues running in more competitive races. In 2017, he said, the PAC did purchase signs for him.

Conwell acknowledged that these independent expenditures were “in kind contributions” — “That’s still monetary,” he said — but that he hadn’t drilled down on the rules enough to consider the legal implications.

“I’ve never received money from the Council Leadership Fund before this year so I haven’t gotten deep into it,” he said. “But there was no coordination. I’m too much of a maverick.”

Delores Gray, when reached by Scene, invited us to discuss our questions with the Council Leadership Fund’s attorneys. Kevin Bishop, Brian Mooney and Jasmin Santana did not respond to texts, voicemails and emails by our deadline. This story will be updated if and when they do.

***
Sign up for Scene’s weekly newsletters to get the latest on Cleveland news, things to do and places to eat delivered right to your inbox. 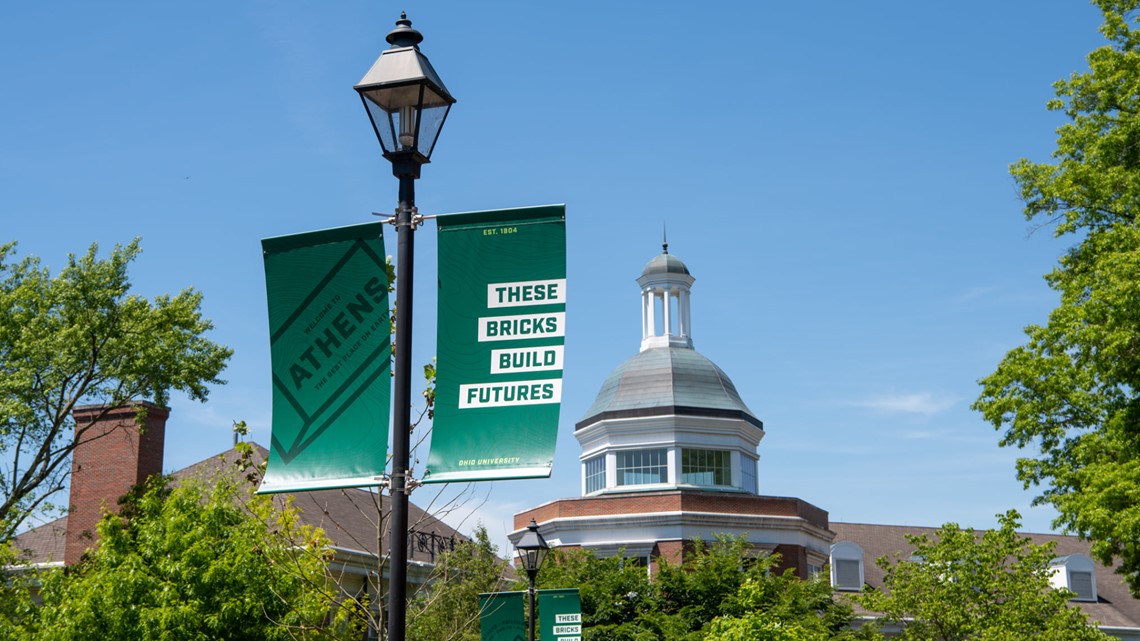