Lexus has recently unveiled two new concept cars. The first one is its NX PHEV OFFROAD concept. The other is the Lexus ROV Concept, so what exactly is common between the two? Well, these are hybrid vehicles set to showcase what the future of offroading may look like.

Lexus has showcased these vehicles as part of their efforts towards carbon neutrality. While we’ll be waiting longer for a Lexus electric SUV, we’ve got two new hybrid Lexus vehicles for the trail. So, what exactly do these vehicles have to offer then? And how soon could we see a Lexus EV?

Does Lexus have any fully electric cars?

Yes, it does. Lexus makes the all-electric UX 300e which is a crossover vehicle. It is the first ever Lexus EV and it can do around 360km in range. Now this vehicle isn’t available everywhere though. The Lexus RZ will be the brand’s first electric vehicle for the US. This will be released in 2023.

Other than this, Lexus will be launching a whole fleet of electric cars. These will be built on Toyota’s bZ4x platform alongside the latter’s very own EV range. The fleet will have everything from crossovers to sports sedans to supercars. We could start seeing these vehicles from 2023.

They’ll surely be popular as Lexus parts are comparable to Toyota’s which are easy to procure. If you need a reliable genuine Toyota parts supplier visit: https://sts-global.com/toyota-parts

The NX PHEV OFFROAD By Lexus

While the aforementioned vehicles are all EVs, Lexus is busy right now in making hybrids. Their newest SUV concept is the NX PHEV OFFROAD. This is similar to the Lexus NX 450h+. This is basically the first ever plug-in hybrid vehicle from Toyota’s luxury cousin.

The offroad car is basically a juiced-up version of the regular one. It has been improved for going off terrain. This means that it will come lifted for better ground clearance. It will also have thicker tires to optimize its offroading abilities. You’ll get a roof rack to keep your extra equipment as well.

The engine will be a 2.5-liter one with 4 cylinders. The front and rear motors will produce a combined power output of around 300 horsepower. The regular drivetrain will be an all-wheel drive system. The car will also feature an electronic 4×4 drivetrain for maximum mobility when the going gets tough.

Lexus say that this vehicle is finetuned for when the driver encounters slippery and sticky terrain. Hence it should be able to pull though any muddy areas or bogs. But what if the consumer’s looking for something more compact? Lexus revealed a solution for that on the same night.

In that case the ROV Concept is quite the alternative. ROV stands for Recreational Off-Highway Vehicle. This is because it is a lighter and more compact offroading vehicle. It looks like a regular UTV does and will give you a more minimalist approach. It is hence purpose built for the rough terrain.

But there’s another cool thing about the ROV – it runs on hydrogen. That’s right, the ROV will be powered by hydrogen combustion. This is part of Toyota’s initiative to normalize the usage of hydrogen. This is why the ROV is sure to perform a higher level than most of its peers. It’ll sound great as well.

The ROV will come with a 1-litre 3-cylinder engine. This vehicle shall store the hydrogen fuel in a high-pressure tank, spraying it when needed via injectors. You’ll get a lot of power as the hydrogen burns but with no carbon dioxide from the exhaust. It is quite a lethal combination for those having fun.

The ROV will be very safe due to a multitude of reasons. One of them is the suspension cover that’ll also provide protection to the tank and a couple of other important components. The fenders in the front will bar any mud from getting in. The passengers will also be protected by the vehicle’s front grill.

The salient features of these two scampers are still unknown. We’ll also need to know more about the price range for these two vehicles to truly rate them. Overall, the ROV concept should also be quite a stepping stone for regularizing the usage of hydrogen power. 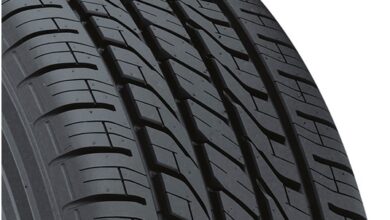 What Car Manufacturers Are Going All Electric?