Papa John’s has been undergoing some major changes in recent years. This is perhaps most evident in the partnership between Shaq and Papa John’s making the popular NBA Hall of Famer into one of the key public faces of the brand. Another key change has been the recent announcement that the headquarters will be moving to Atlanta.

Owners of the business hope that these changes and others will help to reinvigorate the business after some difficult years in 2018 and 2019. The move to Atlanta promises some great benefits.

From Louisville to Atlanta

Papa John’s was first founded in Jeffersonville, Indiana. In the mid-1980s, the pizza chain moved to a headquarters in Louisville, where it has been located since. However, in 2019, the business started plans to move to a new location in Atlanta.

According to Papa John’s new CEO, this move is intended to help the brand grow and deliver on its new strategic priorities. Atlanta is the location of several quick-serve restaurant brands, meaning that there is a large and diverse pool of talent that is relevant for Papa John’s corporate operations.

The move will involve locating key business functions such as marketing, communications, human resources, finance and operations. However, some functions will remain in Louisville, at least for the time being. These include the IT, accounting, supply chain and legal teams. They are expected to remain in the current headquarters.

The new headquarters will be a 60,000 square foot facility in metropolitan Atlanta. It is located at Three Ballpark Center at The Battery Atlanta. In addition to this headquarters, Papa John’s maintains an international presence in London.

The Future of Ownership

The ownership of Papa John’s came under some scrutiny in 2018 after the founder made highly controversial remarks during a training. Although the brand had been public for some time and owned primarily by investment funds, it was clear that it was time for a change in leadership.

It is possible that this move is part of the revamping under the new Papa John’s owner team. It both moves the brand away from the headquarters location that represents its past and establishes it in a more diverse and metropolitan market. Combined with the strategic benefits of Atlanta, this symbolic change is likely to signal continued reimagining and growth for the restaurant chain.

Prior to the 2018 fallout, the founder of the business owned nearly a third of the company shares. Today, he owns less than 4%. Starboard Value, an activist hedge fund known for helping turn around troubled businesses, made a significant investment in 2019. Other major owners include The Vanguard Group, Inc., T. Rowe Price Associates, Inc. and BlackRock Institutional Trust Company, N.A.

Discover more about Papa John’s. Despite some setbacks, it is a brand that has been reinvigorated by aggressive and forward-thinking changes. Today, thanks to the move to Atlanta as well as several other initiatives, Papa John’s has a lot of initiative on its side to keep moving onwards and upwards. 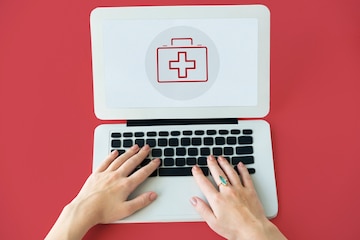