The online legal service provider Rocket Lawyer is set to blast off into the stratosphere after raising an astronomical $223 million dollars for  expansion into new services. In this article we’re going to take a look at the growing legal tech sector and Rocket Lawyer in particular.

Online Lawyers and the Legal-Tech Sector

A decade ago I bet the idea of using an online lawyer would have been unthinkable for most of us. We have a residual image of lawyers as learned men (or women) consulting big, dusty books who earn every single cent of their handsome fees. But the truth is that a lot of what lawyers do on a day to day basis is relatively straightforward and routine. For example, Will and Affidavit documents are often either straight templates or simple ‘cut and paste’ jobs that you could do yourself, if you just knew where to look. Helping clients create and file these documents has long been viewed by lawyers as money for old rope or an easy way to fill up the office christmas party beer fund.

It’s therefore no coincidence that the Frisco based Online Legal Service provider Rocket Lawyer’s first ever online document was a Living Will template. It allowed users to quickly and cheaply set out their last wishes and plan their estates from the comfort of their arm chairs.

Since then the Rocket Library legal library has grown and they now offer over 1000 documents ranging from property tenancy agreements to instructions on setting up LLC’s. Customers can access Rocket Lawyer by paying a $40 per month subscription (or I guess retainer is more apt!) or they can buy documents individually as when they need them with fees running from $40 – $100. Basically, Rocket Lawyer is seriously under-cutting the traditional legal profession as well as stripping away a lot of the mystique and hubris around the sector.

And this is exactly what they set out to do.  RocketLawyer founder and CEO Charlie Moore established the San Francisco based company to deliberately disrupt the complacent hegemony of legal professionals by making legal servers accessible and affordable for all.

As we said, Rocket Lawyer has raised £223 million of private funding from equity, venture capital and investors. They plan to use the capital to expand into more as of yet, unconfirmed areas.

However one thing we do know about the expansion is the launch of “Rocket Evidence”. Moore is one of Silicon Valleys few black CEO’s and claims he is no stranger to discrimnation, every day instances of racism and racial profiling by authorities. Therefore he was personally touched by the George Floyd murder and in the wake of the incident, he set out to create Rocket Evidence – an app based service that allows any user to upload any video footage that shows (or may show) a crime taking place and connects the user with legal consultation from the company.

When launching the Rocket Evidence app, Moore quoted Shakespeares Hamlet’ “end the heart-ache and the thousand natural shocks that flesh is heir to.”  Further explaining the concept Moore stated “Video is capturing these thousand natural shocks,” continuing that “increasingly, video evidence has become an essential critical part of justice and the process of justice.”

All uploads to Rocket Evidence will be reviewed by a Rocket Lawyer attorney. “You can make your problem our problem,”. As Moore says, “If you have a claim, someone will help you with that claim, again, using that as video evidence”.

The End Of Old School Law?

So what does the rise of the tech-legal sector mean for the old firm? Is it the end of the law as we know it? Well whilst the legal profession has not really ensured a major shake up in a long time, it is nevertheless a durable and adaptable industry that traces its origins back to the dawn of civilization. Although it does appear certain that more and more legal jobs will be handled by technology, there will nevertheless alway be a place for human lawyers and face to face legal services.

For example, whilst an Online Will is perfectly adequate for most Amerciams, those with particularly high value estates or especially complicated personal lives may still be a better off getting bespoke, face to face advice in order to avoid any post-mortem difficulties with their worldly affairs.

Also, it probably goes without saying that anybody facing either criminal charges or a civil claim should try to retain the services of a lawyer immediately.

Therefore it isn’t’ game over’ for the flesh and bone legal practitioners just yet – at least until the next generation of AI comes along in which case, all bets are off.

However, with a growing array of services, the online legal space is set to grow their market share, take care of more and more legal needs, and democratise legal services ever more in the coming decade. If Rocket Lawyer continues its meteoric trajectory, maybe one day Moore will even enter Silicon Valleys super elite club and be able to finance his own actual Space Rocket – afterall, even space needs law right? 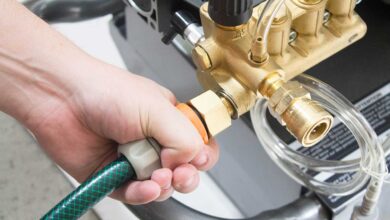